Rajiv Malhotra was trained initially as a Physicist, and then as a Computer Scientist specializing in AI in the 1970s. After a successful corporate career in the US, he became an entrepreneur and founded and ran several IT companies in 20 countries. Since the early 1990s, as the founder of his non-profit Infinity Foundation (Princeton, USA), he has been researching civilizations and their engagement with technology from a historical, social sciences and mind sciences perspective. He has authored several best-selling books. Infinity Foundation has also published a 14-volume series on the History of Indian Science & Technology. 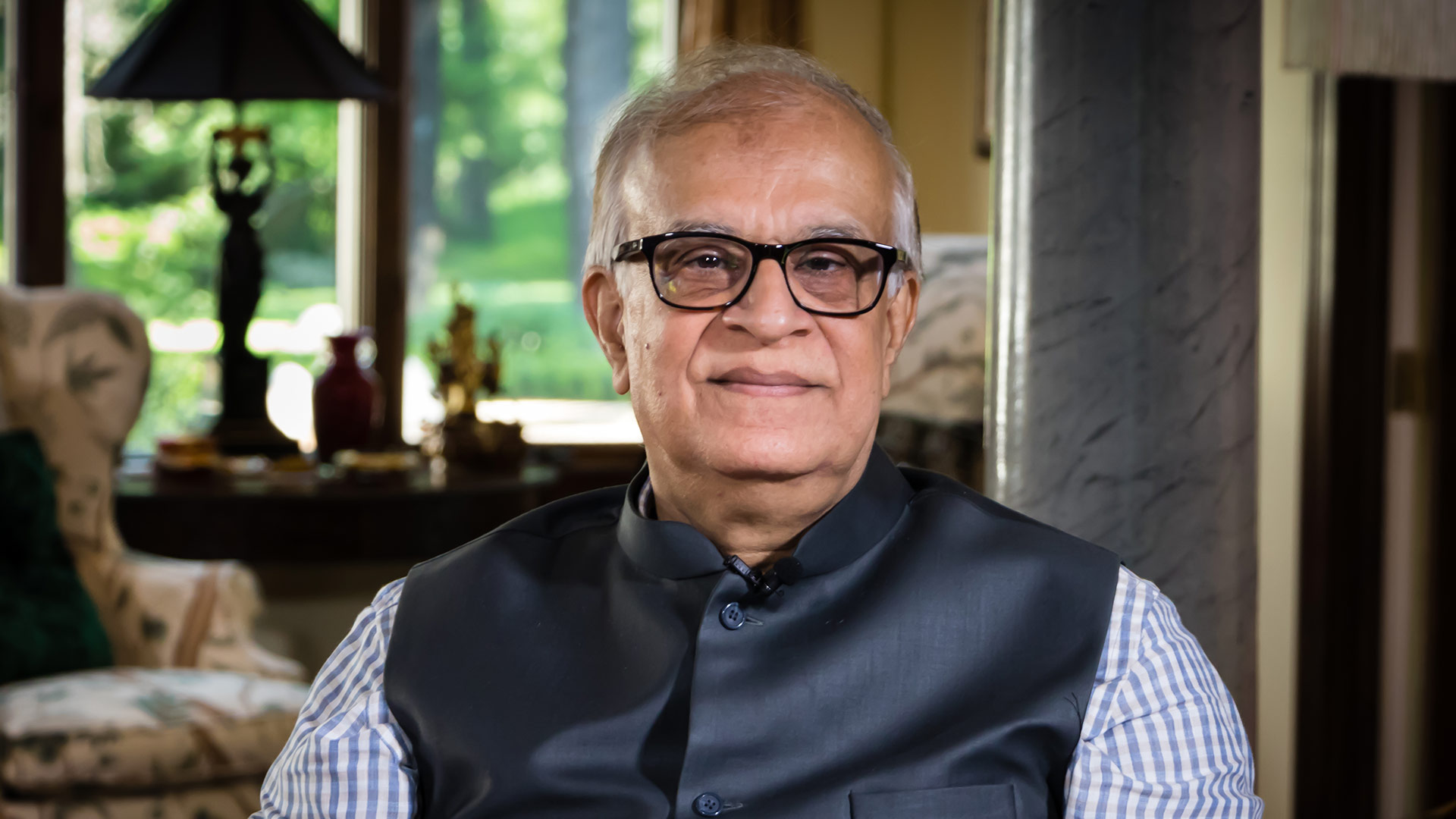 To fully appreciate Rajiv’s work, his books are of immeasurable value. Besides Invading the Sacred, in which he is the main protagonist, he has authored the following game-changing publications:

-The Battle For Sanskrit: “Is Sanskrit political or sacred, oppressive or liberating, dead or alive?”

-Being Different: An Indian Challenge to Western Universalism

Many other books are in the pipeline and will be completed in due course.

Rajiv Malhotra also serves as Chairman of the Board of Governors of the Center for Indic Studies at the University of Massachusetts, Dartmouth, and is a visiting professor at Jawaharlal Nehru University. He is on the Advisory Board of the Indian Institute of Advanced Studies, Shimla.

In India, the foundation has funded and organized some of the earliest and largest international conferences on Indian Mind Sciences, Comparative Religion, and related topics.

The foundation’s affiliate, Infinity Foundation India regularly conducts Swadeshi Indology Conferences to spread its ideas through scholarly publications, videos series and e-learning courses. Given the popularity of Rajiv’s works, IFI has also initiated translation projects of many of his books, the dubbing and subtitling of his most popular videos into Hindi and other languages, and is developing a series of animated videos to explain the key concepts he has introduced.

Examples of some trailblazing efforts

Science today is equated with the West and the vast and significant contributions to science made in India have been often ignored. Infinity Foundation has so far sponsored research and publication of 14 volumes of the HIST series, each developed as a multi-year project by well-established academicians using the highest standards. This is project is modeled along the lines of Joseph Needham’s famous series to make China’s contributions to global knowledge known to scholars worldwide.

Rajiv is building a new series of educational videos, e-learning courses and books on the very innovative movement to protect Sanskrit Non-Translatable terms. The aim of this project is to Sanskritize English for the present times. It will accomplish this by explaining why certain Sanskrit words should not be translated into English because there are no equivalent English terms. All such translations are distortions due to serious deficiencies in the English language. The Sanskrit originals are essential to convey the whole range of meanings in appropriate contexts. This work is being is being done for various knowledge domains (pari-bhashas) like Philosophy, Performing Arts, Ayurveda, Mathematics and various others. This will educate our Anglicized youth and help them get realigned with their heritage.

All nations have their own identity forming stories which helps them build their national and global identity. These stories, a combination of facts and myths form what is called as the grand narrative of a people. India alone lacks such a grand narrative, and, instead there are narratives of the fragments which serve to emotionally and conceptually break up India rather than build it. Many negative narratives have become popular consisting of defeats, misery, abuse and human rights atrocities. The academic field, media, civic society and even government need a heavy dose of a positive grand narrative as the basis of identity formation. This movement has already gathered support and is helping counter the centrifugal forces. Several publications, videos, conferences are planned.

A key interest of Rajiv has been to interpret the Dharma for our times, a need he considers vital given the sweeping changes and challenges we face.

An example of original thinking is his novel framework that classifies religions according to their dependence on history. For followers of history-centric (Abrahamic) religions, truth-claims based on history are more significant than the scriptural message itself. History-centric dogma such as original sin and resurrection become critical beliefs and no compromise can be made on their acceptance. This explains the centrality of Nicene Creed to all major Christian denominations. Followers of history-centric religions believe that the God revealed His message through a special prophet and that the message is secured in scriptures. This special access to God is available only to these intermediaries or prophets and not to any other human beings.

Dharma traditions do not hold history central to their faith. For example, Buddha emphasized that his enlightenment was merely a discovery of a reality that is always there. He was not bringing any new covenants from any God. The personal life history of the Buddha is not necessary for Buddhist principles to work on people today. In fact, Buddha stated that he was neither the first nor the last person to have achieved the state of enlightenment. He also asserted that he was not God nor sent by any God as a prophet, and whatever he discovered was available to every human to discover for himself. This sharp contrast and study of religions using a dharmic drishti is the first of its kind and a trailblazing effort from Rajiv. And it has inspired lakhs and lakhs of Indians trying to understand their roots in a new light.

The paradigms underlying the Indian traditions challenge the materialistic metaphysics underlying modern physical and biological sciences. While these Western sciences have produced impressive results, their dogmatic adherence to a materialist paradigm has restrained their ability to fully understand the nature of consciousness. In this context, Infinity Foundation has done pioneering work to bring the theories of Indian psychology and mind sciences to the fore by conducting conferences at numerous premier institutions in India – IITs, Delhi University and several others. This led to the creation of a formal discipline of Indian Psychology in some universities in India.

While the above is one part of what Rajiv and Infinity Foundation has done, the second part is Rajiv’s path breaking work in identifying and studying Western scholars who appropriated Indian mind sciences and reformulated these ideas into their own paradigms without acknowledging the Indian sources. This work has no parallel in the world.

One of Rajiv Malhotra’s key research interests is the competition of civilizations in a world of increasingly scarce resources, and what role India will play in this encounter. He posits that three civilizations, each with its own distinct history, sense of purpose, identity and grand narrative are competing for leadership on the global stage: China, Pan-Islam, and the West. He investigates different scenarios under which India may participate – presenting different outcomes for India as a nation-state and its civilizational foundations.

To express his original ideas, Rajiv has coined some terms which have become a part of today’s vocabulary for the dharmically minded. Phrases like Breaking India, Indian Grand Narrative, Hindu Open-Architecture, Mutual Respect, History-Centrism, Digestion, Hinduphobia, and many others have been popularized by him as part of everyday usage.